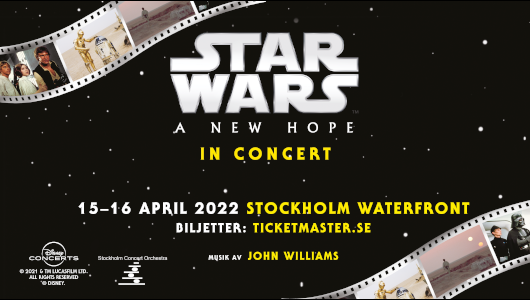 Stockholm Concert Orchestra presents the film concert Star Wars: A New Hope. Watch the entire film on the big screen while the orchestra plays the Oscar-winning composer John Williams' music under the direction of Julian Bigg.

"To be able to direct Star Wars: A New Hope is to fulfill a dream that I have had since I first saw the film in 1977," says Julian Bigg, conductor. Since the premiere of the first film over 40 years ago, the Star Wars series has continued to fascinate and inspire audiences around the world. The plot, the characters, the special effects and not least the music have contributed to making the film series one of the most popular in film history. Concertgoers will have a fantastic experience of this beloved film with live symphonic music. If you are a Star Wars fan, you must not miss the chance to experience the movie Star Wars: A New Hope while a symphony orchestra plays the great music live.

Star Wars: Movie Concert Series is produced under license from Disney Concerts in collaboration with 20th Century Fox and Warner / Chappell Music. STAR WARS and related properties are trademarks and / or copyrights, in the United States and other countries, of Lucasfilm Ltd. and / or its affiliates. © & TM

Why not have a bite to eat or a drink before or after your visit? Restaurant RBG Bar & Grill is located next door to the

Stockholm Waterfront Congress Center and offer Swedish and international taste favorites. If you would rather have a drink,

the Lobby Bar has everything you need.

The restaurant is part of the Radisson Blu Waterfront Hotel that is directly adjacent to us.

We follow local recommendations with disinfection and social distancing. 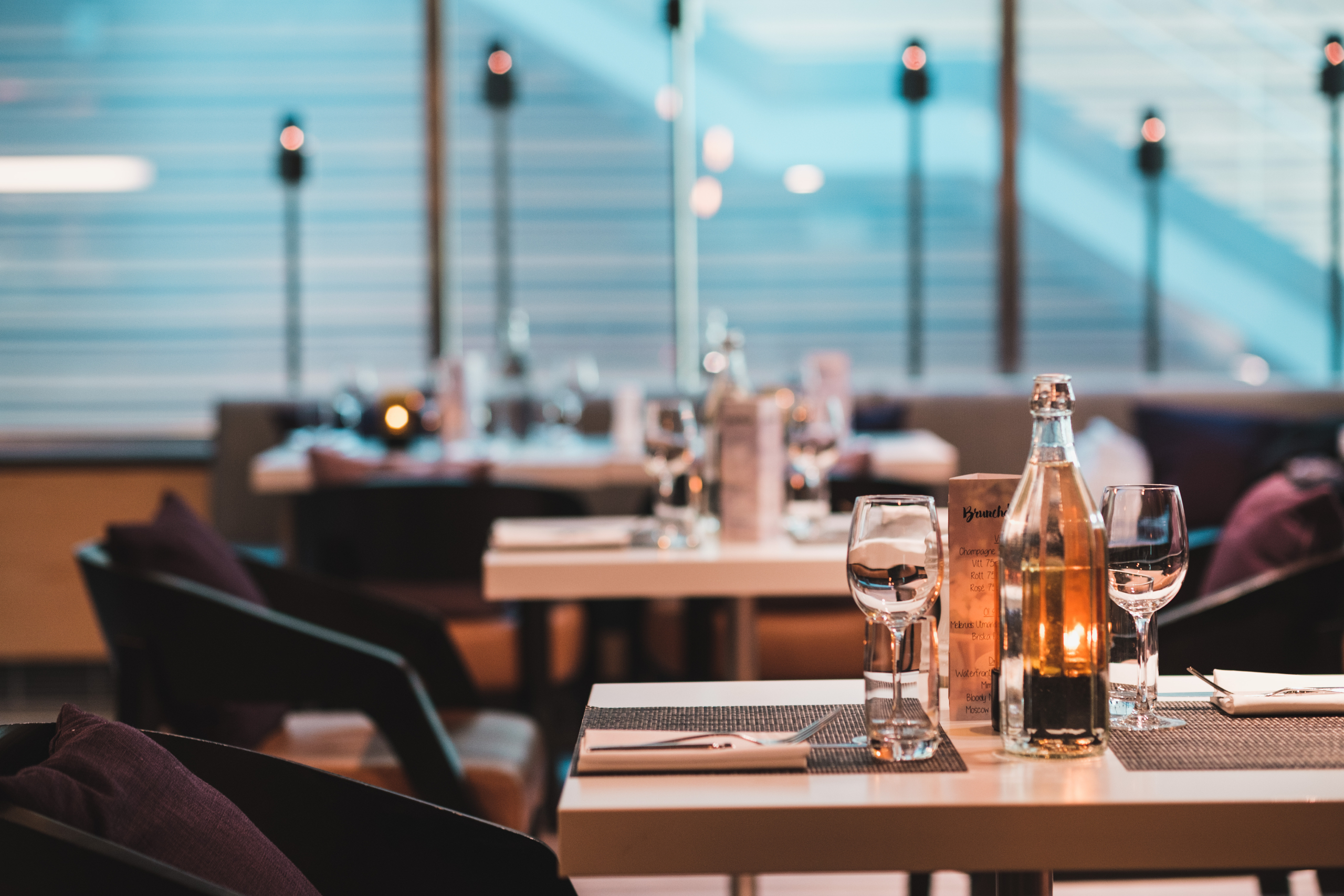 We’re here to help you
Svenska