Welcome to an arena where anything is possible

14,000 m2 of flexible sectioning solutions.
Auditorium seats up to 3000 delegates

Within walking distance of 2,800 hotel rooms, all the
major attractions, shopping and central station 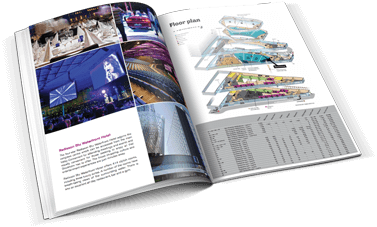 SAFE MEETING EXPERIENCES
One of Stockholm Waterfront Congress Centre’s highest priorities is your health, safety, and security.  In partnership with SGS, the world’s leading certification company, new cleaning and disinfection procedures, increased attention to safety in communal spaces and updated training for team members have been developed. All to make you feel confident when you visit us.

Stockholm Waterfront Congress Centre is designed to bring the walls down. Or up. Flexible solutions and advanced technology
give vast possibilities to create the perfect venue or combination
of venues.

The centre comprises 14,000 m2 of fully equipped meeting facilities with various capacity. It features exhibition facilities
with daylight. The flexible foyer areas add up to 3.000 m2
of possibilities. 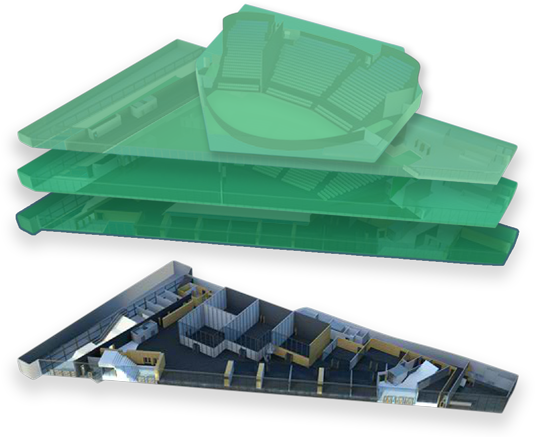 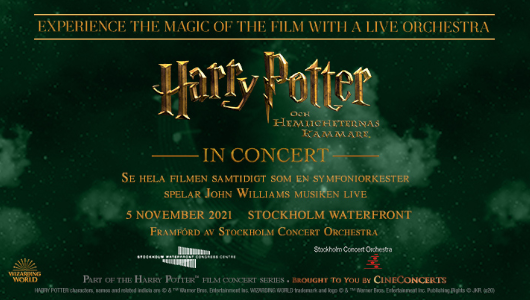 Harry Potter and the Chamber of Secrets

On November 5, 2021, at Stockholm Waterfront Congress Centre, the second film in the film series of Harry Potter - Harry Potter and the Chamber of Secrets 'in Concert' will be shown on a big screen, while 80 musicians in the Stockholm Concert Orchestra play the film music live.

The initiators of the event, Magnus Einarsson, CEO, and Johan Ahlin, conductor of the Stockholm Concert Orchestra, were the first to bring the film concert concept to Sweden with the screening of Pirates of The Caribbean: The Curse of the Black Pearl, Frost Live in Concert followed by Harry Potter and The Wise Stone and Love Actually. Now the turn has come for Harry Potter and the Chamber of Secrets in Concert. Stockholm Concert Orchestra was founded in 2005 and has previously accompanied artists such as Andrea Bocelli, Rod Stewart, IL DIVO, Carola, Malena Ernman, Salem Al Fakir and Eric Gadd. Stockholm Concert Orchestra is proud to participate in ABBA's new album Voyage!

Do not miss the chance to experience the film in a whole new way, Harry Potter and the Chamber of Secrets in Concert, shown at Stockholm Waterfront Congress Centre on 5 November 2021. The production is a collaboration with Musikkens Hus in Aalborg. 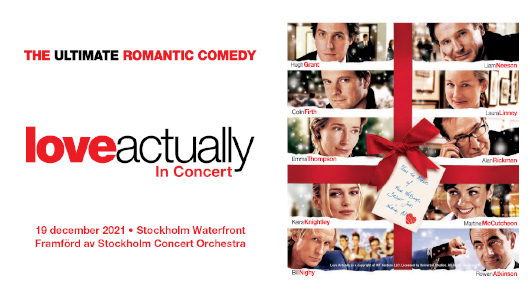 The film Love Actually is shown on a big screen at the same time as the symphony orchestra Stockholm Concert Orchestra plays the film music live, under the direction of conductor Julian Bigg. Love Actually is a British romantic comedy with a Christmas theme directed by Richard Curtis, starring Hugh Grant, Liam Neeson, Colin Firth and Alan Rickman. 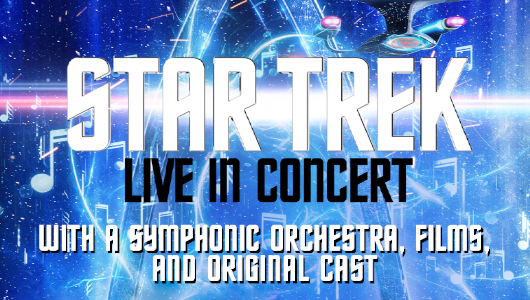 This lavish production includes film excerpts and an impressive live symphony orchestra, international soloists and guests from the franchise. The audience will experience musical achievements from the ground-breaking and wildly popular series, as Star Trek film and TV footage will be simultaneously beamed in high definition to a 40-foot-wide screen.

This live event is perfect for music lovers, filmgoers, fans, and those looking for a unique concert experience. Be there, when the call comes: BEAM ME UP, SCOTTY!

We’re here to help you
Svenska